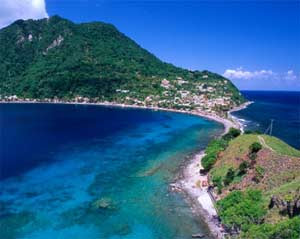 The Jungle Bay Resort & Spa, from Dominica, has been listed in Poverty Reduction. Reason being is that this nature resort, in the southeast of Dominica, employs its staff from local communities and is invloved in micro-financing in the region – mostly in organic produce, local arts & crafts production, and guiding of cultural tours and hikes.